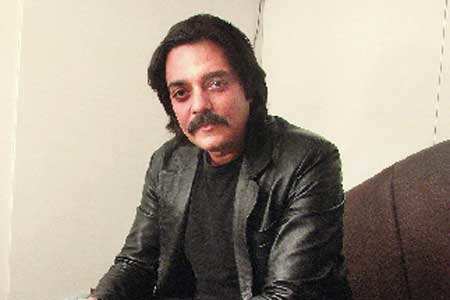 After a critically acclaimed debut in Maachis, followed by a stellar performance in Tere Mere Sapne in 1996, it didn’t look like anything could go wrong for Chandrachur Singh. His strong role in Josh even made him an instant hit with female fans.

But then, destiny was cruel to this talented actor and he suffered multiple dislocation of his shoulder joint while water skiing. It kept him out of action for years. Reflecting on those horror days, the actor, in Vadodara for the shooting of his film Palchhin, shares, “A lot of people feel that I got films like Maachis and Tere Mere Sapne just like that. Mujhe aise hi kaam nahi mile tha! I came to Mumbai in 1988 and assisted Mahesh Bhatt, and I had to struggle a lot before I got the break. There were some big films from which I was replaced at the last moment. Fighting through that phase gave me a lot of inner strength and made me a tough person. For someone whose entry in the film industry was so difficult, handling the downfall was much easier. I utilized my time very constructively, watching world cinema, reading books and listening to classical music.”

Just as he speaks, Chandrachur, who was a music teacher before he joined films, starts humming a bhajan before adding with a smile, “The bright side about the break was that I got to spend quality time with my five year old son. It gave me an opportunity to be actively involved in his upbringing. He has kept my interest in music alive and while I only used to listen to old songs and classical music earlier, my son makes me listen to rock music also! I am really enjoying fatherhood.”

In between, as he is satisfied with his make-up, he gets ready for the photo shoot and tells our photographer, with a hearty laugh, “Can you make me look really macho?” Shoot over, and the conversation again shifts to his career and he shares, “It’s not that I wasn’t getting work. But I didn’t want to compromise on quality at any cost. I have some exciting upcoming films, like Chaar Din Ki Chandni, Zilla Ghaziabad and Mira Nair’s The Reluctant Fundamentalist. And Palchhin, too, is a really unique film where I play a charismatic and intelligent professor.”

How much has the industry changed in the last few years? He answers this one with a straight bat, “We have become very proficient technically, and things are certainly more professional now. It’s good to see that films are being completed in one schedule. Earlier, there would be three shifts for the same movie, and it made it difficult to get into the character. Promotions play a big role, but at the end of the day, only good films work even today. It’s good to see that there are people who are defying market diktats and making interesting films even on off-beat subjects. Slowly, we are realizing the importance of telling a good story, which is heartening. The only problem is that there is a lot of scope for improvement as far as film music is concerned. Bahot saare behuda gaane bante hai aaj kal! When I look back at the kind of songs we had during Panchamda’s time, it really pains me.” he signs off.