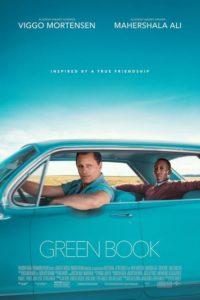 The movie is based on a true story and is pretty true to the real story. The movie condenses the one and a half year trip to two months. The title of the movie is based on The Negro Motorist Green Book which was a guide book for African Americans travelers about lodgings, businesses, and gas stations that would serve them along the road.

The movie begins with Tony being a racist and gradually developing a friendship with Don. There are many scenes which are excellent like the scene where Tony throws away the glasses that were used by African Americans or the scene where he rescues Don from some White men in a bar or the scenes where Don helps Tony write letters to his wife or the scene where they are stopped for traveling through a sundown town. The best scene of the movie is the scene where Don breaks down saying “So if I’m not black enough and if I’m not white enough, then tell me, Tony, what am I?”

Viggo Mortensen is excellent as Frank “Tony Lip” Vallelonga and deserves his Oscar nomination for Best Actor. He has a very good chance of winning the Oscar for Best Actor. Mahershala Ali is excellent as Don Shirley and he deserves his Oscar nomination for Best Supporting Actor. He will most probably win the Oscar for Best Supporting Actor. Linda Cardellini was very good as Tony’s wife Dolores Vallelonga. Dimitar Marinov was good as Oleg and Mike Hatton was good as George. The rest of the cast was good too.

Screenplay by Nick Vallelonga (Son of Tony Vallelonga), Brian Hayes Currie and Peter Farrelly is very good. Peter Farrelly who has previously directed comedies like Dumb and Dumber and There’s Something About Mary very beautifully directs this serious drama about racism but the movie still has some good humor. Green Book is both entertaining and enlightening and it is definitely one of the best movies of 2018.