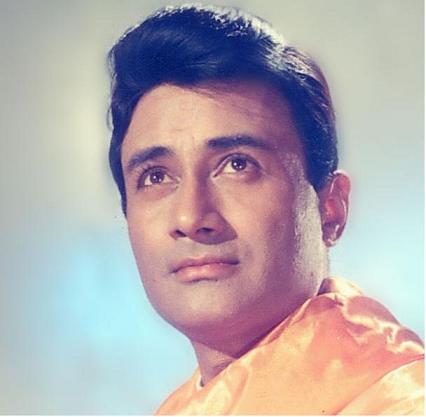 “RK Narayan was famously miffed about the vulgarities perpetrated on his novel on its way to the screen, but even he would have admitted that there was no better actor to play Raju Guide. Dev Anand, of course, was a big star by then, and big-budget mainstream movies about adulterous heroines who left their husbands could not be made, in the mid-1960s, without the kind of box-office insurance provided by a beloved hero. But the part was also uniquely tailored to the quintessential Dev Anand persona, that of a good-hearted but morally muddied man – the gambler of Baazi, the black marketer of Kala Bazaar, the impersonator of Hum Dono, the petty thief of Bambai Ka Babu – who is righted by pure love. Guide was the apotheosis of this aspect of the actor. He begins a sinner. He ends up a saint – literally. And among the stars of the time, only Dev Anand could have walked this tightrope between heaven and hell, without lapsing into twinkling innocence (which is how Raj Kapoor would have played the part) or sinking into remorseless self-flagellation (which is how Dilip Kumar would have played it).”

“These other star-actors – the tramp and the tragedian – are substantial supporting characters in the Dev Anand story. Together, in the 1950s, this triumvirate gently guided Hindi cinema from the declamations of the theatre to the casual conversations of the real world – at least as real a world as could be contrived around songs and dances. Raj Kapoor wanted to better this place; he sought to rise to the heavens. Dilip Kumar exiled himself to hellish doom. And like Raju Guide, Dev Anand chose to walk the world in between, our world, where we are neither too good nor too evil, and his early films like Baazi showcase him as our equivalent of the noir hero – the black-and-white cinematography was a perfect match with his shades of grey. It is to the actor’s credit that he chose to portray these flawed individuals even when his star shone brightest, in Asli-Naqli and Guide, without worries about alienating his fans. Perhaps he was confident that they would come for the music nonetheless, which was ethereal.

“Dev Anand singing Din dhal jaaye, enveloped by the merciless shadows of a night that won’t go away. Dev Anand singing Abhi na jaao chhod kar, beseeching a breathtakingly pretty Sadhana not to leave just yet, because his heart hasn’t had its fill. Dev Anand staring glumly at an unknown future, with even the sign on the road pointing to a questionable Anjanpur, as SD Burman wonders Wahan kaun hai tera. Dev Anand singing Phoolon ke rang se, of a love which he dreams of at night and with whose thoughts he wakes up in the morning. Dev Anand, with what is surely the most ridiculous moustache ever plastered on a handsome leading man, making us overlook the ridiculousness of that moustache by launching into Dil aaj shayar hai, berating the fickleness of faithless lovers. Dev Anand, attired like an ageing Beatle in Bahut door mujhe jaana hai, confessing to Rakhee that he wants to die in her arms. Dev Anand at the receiving end of Sadhana’s immortal love in Tera mera pyaar amar. Remembering Dev Anand is as much about remembering an era where a hero, regardless of the quality of his films, left you in no doubt about the quality of the songs in them.

As long as he was being directed by others – especially his brothers, Chetan and Vijay – Dev Anand’s films were the very definition of middle-of-the-road entertainment, the bitter pill of bold themes mixed with honey and sugar, songs and romance, and going down easily. (Seen today, the Dev Anand movies are far easier to endure than those of Raj Kapoor, with their sociopolitical pieties, and Dilip Kumar, with their leaden melodrama.) But when he started directing himself, the magic began to evaporate. He cannot be faulted for ambition or topicality – the hippie-druggie ethos of Hare Rama Hare Krishna, or the fake-guru phenomenon in Swami Dada – but the blood in his veins was that of a genial actor’s, nothing more. He lacked the focus, the drive, the clarity that distinguishes the great filmmaker. Towards the end, his body shriveling into its once-virile self, Dev Anand became famous for making films that nobody saw, and yet, you had to admire his indefatigability. The films kept coming like clockwork. Till the day he died, he never said die.”