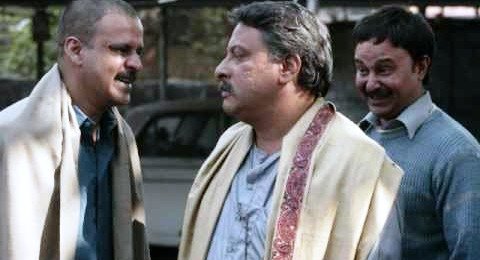 On the surface, Gangs of Wasseypur is a revenge saga, a tableau of vengeance between generations of gangsters. Scratch that surface and you’ll discover more than just a grim portrait. Director Anurag Kashyap decides to tell this story hisway, infusing it with moments of sly wit that give the blood-soaked drama irresistible color.

I’m reminded of a scene mid-way into the movie where Manoj Bajpayee’s character Sardar publicly embarrasses his archenemy Ramadhir Singh, played superbly by Tigmanshu Dhulia. Sitting atop a megaphone van, blasting that 80s disco hit Kasam paida karne wale ki as a dancer leads the way with trademark Mithun pelvic thrusts, Sardar pauses the song to issue a calm threat to the mine owner-turned-local politico. There is palpable dread coming off Ramadhir Singh as he watches Sardar from his balcony.

This is gang warfare set in the badlands of Dhanbad’s Wasseypur district, but tinged with humor and heightened by music. It makes for a heady movie cocktail, and since Kashyap has divided his saga into two parts, you’ll leave the cinema thirsting to know how it all ends in Part 2.

What hurts the film however is its arduous length. At roughly 2 hours and 40 minutes, Gangs bears down on you, especially the opening half-hour or so, with its countless characters and complicated family tree…portions that might have benefitted from tighter scripting and judicious editing.

The involved back-story of how Sardar’s father Shahid Khan (played by a magnetic Jaideep Ahlawat) kicks off a rivalry with the Qureshis is mixed in with Wasseypur’s socio-political history. When Shahid Khan is murdered by Ramadheer Singh, it sets off the revenge trail that lasts between the Khans and the Qureshis over generations.

The movie’s central character is Sardar, who vows to avenge his father’s death, not by killing Ramadhir, but making him endure many silent deaths through humiliation and the fear of being stalked. The best way to describe Manoj Bajpayee’s crackling performance would be to say that you can’t separate the character from the actor. Sardar is brutal when he kills, he cowers when he’s caught cheating by his wife Nagma, and is in a trance of lust when he first sets eyes on ‘womaniya’ Durga, who becomes his second wife.

Gangs has a cast that delivers in spades – be it Tigmanshu Dhulia as Ramadhir Singh, or the excellent Pankaj Tripathi as butcher Sultan Qureshi, who takes on Sardar. This film is a male bastion, but the women are unforgettable. Richa Chaddha sparkles as Sardar’s steely wife Nagma, while Reema Sen as the sensuous Durga says more through her eyes than her sparse lines. If there’s a character that holds up to Sardar, it’s his pot-smoking son Faisal, played by the terrific Nawazuddin Siddiqui. He’s the closest thing to Michael Corleone in this Godfather-styled, Tarantinoesque film, and a scene by the lake when he tentatively courts a film-crazy Mohsina (played by Huma Qureshi) is just deliciously funny.

Filmed crisply, without any gimmicks by Rajeev Ravi, Gangs is both steeped in cinematic tradition, yet modern in its treatment. You’re especially seduced by the way Kashyap blends the songs into his narrative, often using them against the film’s most visceral, violent scenes. A big thumbs-up for composer Sneha Khanwalkar who goes all guns blazing to deliver a marvelous mixed-bag of a soundtrack that contains such irresistible gems as I am a hunter and Keh ke loonga.

Bolstered by its riveting performances and its thrilling plot dynamics, this is a gripping film that seizes your full attention. I’m going with three-and-a-half out of five for Anurag Kashyap’s Gangs of Wasseypur. Despite its occasionally indulgent narrative, this bullet-ridden saga is worthy of a repeat viewing, if only to catch all its nuances. Don’t miss it.