Ek – The Power of One Movie Review by Sputnik 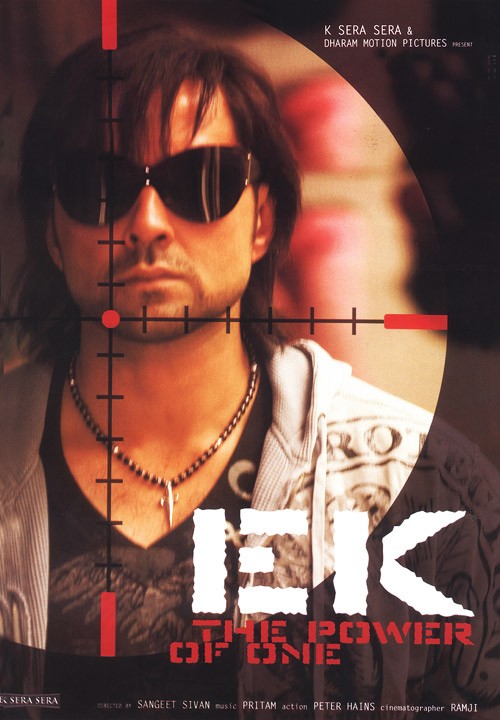 Ek – The Power of One is the remake of the Telugu film Athadu. Nandu (Bobby Deol), an orphan turned assassin gets wrongly accused of a politician’s murder and during his escape, Puran, a guy that he meets, is accidentally killed by the cops. He goes to Puran’s home to break the bad news but is mistaken to be Puran. Meanwhile CBI Inspector Rane (Nana Patekar) is trying to track down the killer. Will Nandu be able to escape is what the rest of the story is about.

The movie has a ridiculous plot, a plot seen in so many B-grade action movies and is filled with ridiculous fight scenes. Its like watching one of those Mithun movies that used to come out every other week in the 90s. Almost every scene in the movie is cringe worthy.

Bobby Deol cant act at all and this is like the nth time we are seeing him as a professional assasin. Once upon a time he was atleast tolerable but of late he has become simply unbearable. Its a suprise, how he keeps getting lead roles when he has’nt acted in a good or a hit movie in a long time. Nana is ridiculous in his attempts to be cool and funny. He plays a CBI officer but is dressed up as a hip-hop singer. Shriya is horrible in the limited screen time she gets. Her supposedly cute expressions are annoying to say the least. Chunky Pandey is a joke. Kulbushan Kharbanda looks like he is constipated and Jackie is wasted.

The direction by Sangeeth Sivan is horrible. Its a shame that movies like these are still being made and so much money is wasted on crap like this. Ek – The Power of One is a horrible movie with nothing to redeem itself. It is the one of the worst movies ever made and should be avoided at all costs and even for free.