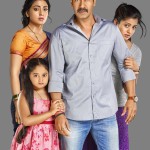 Drishyam had paid previews yesterday and grossed in the 50 lakhs nett range with low occupancies. The paid previews were there probably to help word of mouth to work faster but in reality it does not help much and it’d still going to be down to the Saturday numbers of the film. The film also has a very wide release of 2200 plus screens with content which probably does not need such a wide release.