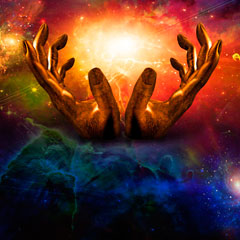 Originally posted on Naachgaana.com. Since PK deals with religious beliefs and superstitions, I thought I will make a redux post so that everyone knows where I am coming from as far as my belief in God is concerned


I will not comment on any religion per se but will address the broad issue “Does God exist?”

Lets start with what is the definition of atheist :

-John Buchan On Being a Real Person

Keeping this definition in mind,we will move ahead.
As always,I will try to answer this topic by martial arts angle 🙂

I am not sure how many of us have heard or understand the term “Chi” so I give a brief introduction to the same.

There are two kinds of strength :- The outer, physical strength is obvious, fades with age, and is dissipated by excess. The inner strength is by far the more powerful of the two, but it must be developed through constant practice and study. The Chi (pronounced “chee” and Ki in Japanese) is the life-force of the Universe, which flows within and through and around all things. It can be collected, cultivated, and circulated within the body to perform the will. But, not one in ten thousand will ever know the true Qi. This, like many transcendental subjects, cannot be adequately described in word or print. But, it can be experienced.

The Chi is the internal energy present in every human being which when harnessed properly ,can be controlled by the person to do unimaginable stuff like breaking iron rods with head,standing on index finger etc.Live example are the Shaolin disciples.

Now there is debate whether this Chi is for real or is it just a hoax.Those who think it is hoax can and will never experience this internal energy in them.Those who have faith in it will experience it with gradual practise.Its all about the power of faith.You gotta have belief in it.You cannot see it or touch it.

A simple example is when people fast.Where does this superhuman ability come from?It is the power of faith.An invisible force.

Jonty Rhodes had fits problem in Mid 90s and none of the medicines were able to cure it.He finally overcame it with meditation.The faith he had in power of meditation is an invisible means of support.

@ Big Bang theory,it is an incomplete study and hence inconclusive.It fails to answer the source of the creation of the black holes.

Since I believe in the existence of Force,in the power of faith,i dare say it is God who created it all.