Blast from the Past: Space City Sigma – Doordarshan’s 1989 Serial 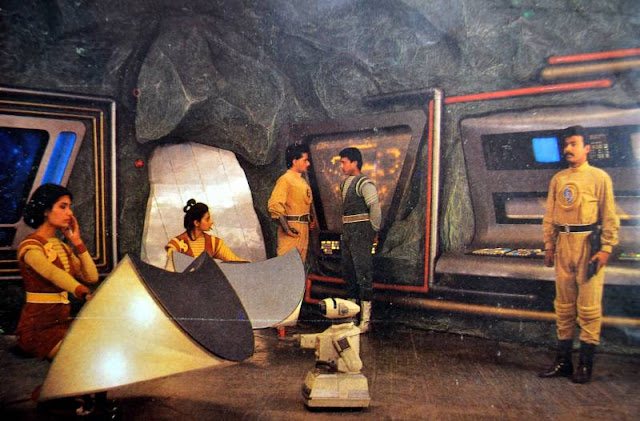 A strange new deadly creature has sneaked aboard the ship. The latest maneuver of  Zakhakoo to take down Commander Tara and his city, the last hurdle to his plans of adding earth to his galactic kingdom and the universe. This time he sent a small Blob, strangely, much resembling a stinky wet Upla, a throbbing pack of  cow-dung . The Blob is given to jumps onto its unsuspecting victims and sucks the life force out of them. Soon, this ‘death-on-contact-with-skin’ creature starts making victims out of helpless citizens of the Space City who have no clue about the nature of these new deaths. As the word slowly spreads,there is mayhem, in this mayhem the Blob zeros in on what could be its most prized victim – Shakti. As a doors open (automatically, woosh-pause-woosh), Shakti walks in only to be attacked slyly by the Blob. In the manner of its previous killings, this time too, Blob goes for the face, sticking to the face of Shakti who for a moment seems to be in the grips of death itself. There is a struggle, but by now it has already dawned of the viewers – Blob stands no chance, this was a brilliant stroke of luck (or genius of its makers). Stupid Blob had gone for the metal half of Shakti’s face. Shakti will survive and kill the Blob. Space City Sigma was safe again, Zakhakoo had again been defeated. 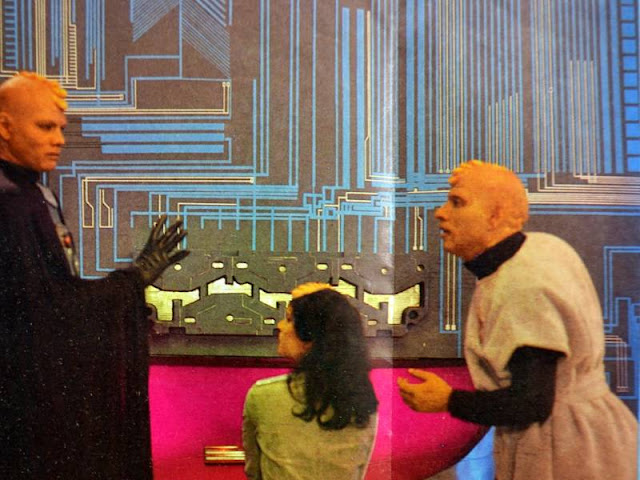 With the end of each episode, its young viewers would often run out of their homes singing a new ditty of unknown origins, ‘Sigma Par Jayengay aur Zakhakoo Ki Khopdi kay Nimboo Nichodangay‘ (We will go to Sigma and maybe squeeze those lemons of Zakhakoo’s skull)

First telecast on May 21, 1989, Space City Sigma marked Indian television’s first foray into Science-Fiction. The inspiration was obviously Star Trek but instead of making a straight copy, it makers came up with ‘Sci-Fi Soap-Opera’. Unlike Star Trek, Sigma had a villain and the story, each episode was woven around ‘Good Vs Bad’. Interestingly its makers admitted to not targeting people who had already seen Star Trek, instead they were hoping to capture the imagination of small town audience.

The Plot:
Sigma, a space city (running on fusion energy) docked at a Galactic frontier, is the last stand of humans against an even more technologically superior alien race ruled by one ZhakhaKoo.

The crew of Sigma: 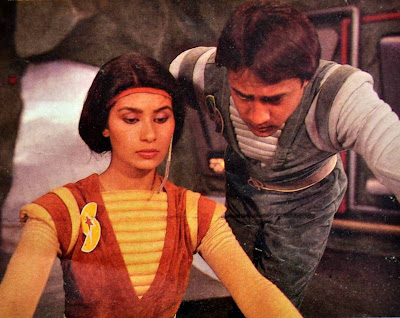 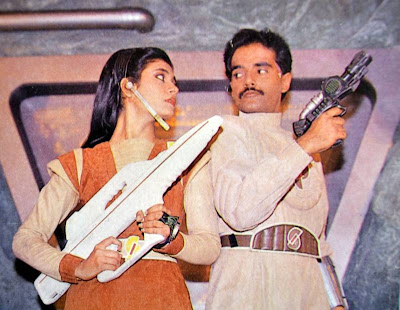 Shakti (Sanjeev Puri, already worked in Ashok Talwar’s ‘Police File Se’): the Indain Mr. Spock, only a Cyborg and not an alien. 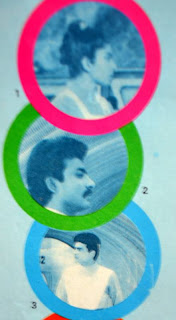 Tiba (1. Mita Vashisht, went on to be quite famous, still into drama): the scientist who might be having a thing for Commander Tara.

Varey (2. Kishore Dang): the engineer who obviously has a thing for Heeri. His creation, the robot ‘Gogo’ is programmed to serve Heeri as its top priority mission. 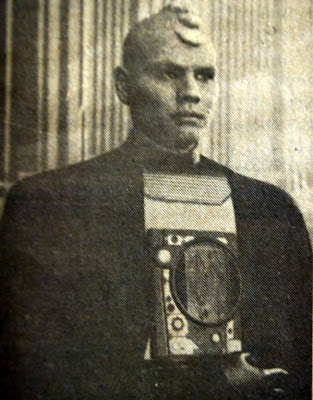 ZhakhaKoo (Shailendra Srivastava, still active in Bhojpuri Cinema): the humanoid-mad-scientist-alien having an ambition of dominating the universe. 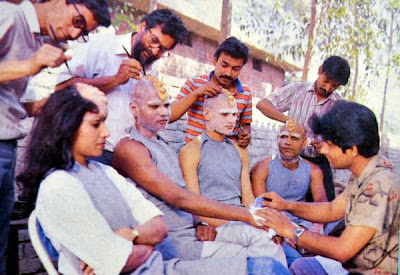 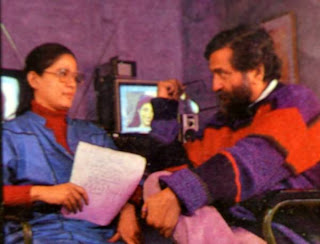 It seems I still recall the ‘Blob’ episode of Sigma. I was seven and gowning up in Srinagar. 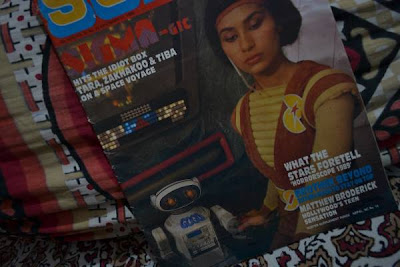 I recently managed to get my hands on a 1988 issue of ‘The Weekly Sun’ dedicated to Sigma (which hadn’t yet hit the small screen, so this was more like a ‘getting the word out’ thing). The images (originally clicked by Naresh Suri  )  are from that issue. Enjoy! (No I don’t think there is hope for a video.)