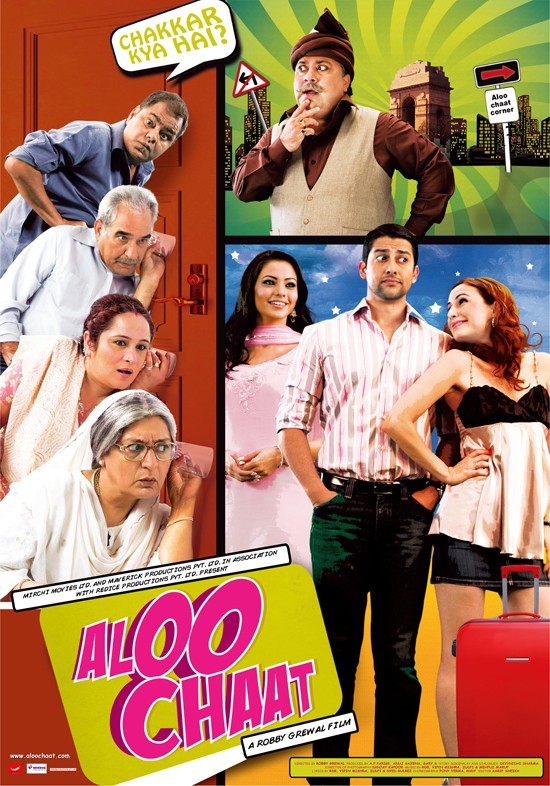 US returned Nikhil (Aftab) is in love with a Muslim girl Aamna. Since his parents are not going to accept a Muslim girl, he has an American girl (Linda Arsenio) pretend to be his girlfriend and Aamna arrives as her friend. The plan is to make them fall in love with Aamna. The plot which is inspired from DDLJ has promise but underdevelopment coupled with a bad script and screenplay makes the movie bland and tasteless.

The movie starts off well and is funny at first but after a while the jokes become repetitive and stale. The jokes are no longer funny and you can’t wait for the movie to end. The movie looks like an over extended TV serial. It is hard to believe that the parents will not have a problem with a white American girl. The situations look totally made up.

We never find out anything about Aamna’s parents (if they are even alive) and if they are ok with the marriage. Even the end is just silly where so many moms of Linda show up and there is no drama or confrontation in the end. It looks like it was all ado about nothing. The title song and ‘Dhadke Jiya’ songs are good. The ‘Dhadke Jiya’ song is beautifully picturized.

Aftab is mediocre and can’t act. Aamna Shariff can’t act and looks like she is reprising one of her TV roles and most of her dialogues sound like from a TV serial. Kulbhushan Kharbanda is ok. The women who play Kulbhushan’s wife and mother look like they are from some TV serial too. Manoj Pahwa and Sanjay Mishra are ok at first but get irritating as the movie moves along. Linda Arsenio doesn’t have much to do than to play a white girl.

Robby Grewal’s direction is good only in the first few reels but after that with no script and no story the movie goes nowhere. The movie should instead have been made a TV serial and it would probably have had more success. Watch the first 45 minutes when it is on some TV channel and you have nothing better to do and skip the rest of the movie.