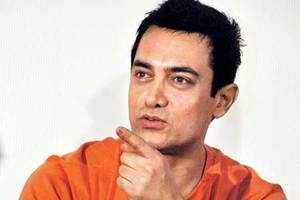 Mumbai Mirror was the first to report about Raj Kumar Hirani not directing the next Munna Bhai film (Raju Hirani may not do Munna Bhai 3, December 22nd 2011). Reportedly, his writer and associate Abhijat Joshi will take forward the franchise with Sanjay Dutt and Arshad Warsi.

Meanwhile, Hirani is reportedly finishing a project called PK which stars Aamir Khan in the lead. The film revolves around an intoxicated social crusader. The character has to be sloshed throughout the film and Aamir who doesn’t consume alcohol in real life is getting a hang of slurring and stumbling that is needed to play a drunken hero.

Now, the latest is that both Hirani and Aamir are not happy with the title and are eager to change it. According to reports, the film will now be titled Talli. Both Hirani and Aamir thought that the earlier title PK was too ambiguous and wasn’t able to convey what the film was about. A source said, “Talli is the tipsy title that Aamir and Raju feel would put the hero’s drunken condition before the audience immediately.”

The problem with changing the title is that the rights of the title Talli lies with filmmaker Ken Ghosh and Hirani is concerned whether Ghosh will be willing to part with the title.

The spokesperson of the film said, “Talli is with Ken Ghosh. It all depends on whether he wants to part with the title,”